Patients treated with rehabilitation are less likely to use narcotics 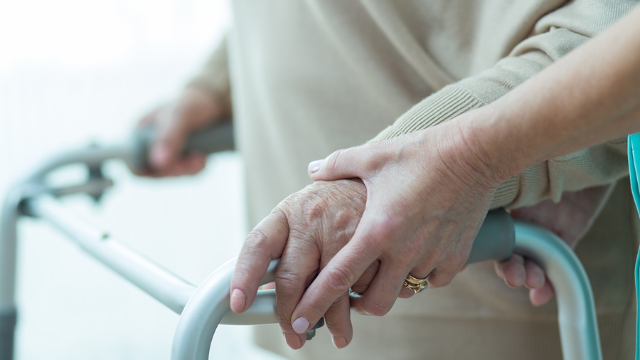 The incidence of knee-related conditions has been increasing

Knee pain and knee osteoarthritis, sometimes referred to collectively as non-traumatic knee pain (NTKP), is very common in individuals aged 65 and older. Statistics have shown that the incidence of these conditions in older adults has increased by 65% over the past 20 years, with rates doubling in women and tripling in men. In addition, the rates for knee surgery have also increased over this period of time, which adds to the cost of managing these individuals. Several guidelines recommend rehabilitation such as exercise therapy to address pain and disability in patients with NTKP, which may also reduce the chances of these individuals using other dangerous treatment like opioids or needing to have surgery. Unfortunately, there is limited information on how many NTKP patients undergo rehabilitation, and it's possible that not nearly enough are doing so. For this reason, a study was conducted to determine how many of these patients were receiving rehabilitation for their condition and examine how it affects their outcomes.

To conduct the study, researchers collected data on Medicare claims between 2009-2010. They looked for information on the utilization and cost of treatment for individuals over the age of 65 being treated for NTKP, which included 52,504 patient records. With this data, they examined which patients received rehabilitation services like physical therapy, how early this treatment started, what other treatments were delivered and how their outcomes differed depending on what treatment they received.

Only small percentage of patients are treated with rehabilitation services

Of the 52,504 NTKP patients examined, only 11% received any type of rehabilitation services for their condition at any time. Of the patients who were rehabilitated with physical therapy and other treatments, 52% began treatment within 15 days of their diagnosis, 27% started treatment within 16-120 days and 21% started treatment more than 120 days after being diagnosed. Further analysis showed that the participants who had early rehabilitation were 33% less likely to take narcotics like opioids, 50% less likely to receive invasive procedures like injections and 42% less likely to have surgery in the future than individuals who did not receive rehabilitation. Patients who didn't receive rehabilitation until later, on the other hand, actually had higher odds of receiving these other types of interventions than those who did not receive any rehabilitation. These findings show that patients who are treated with physical therapy soon after being diagnosed with NTKP have better chances of improving without the use of dangerous narcotics or surgery, but only a small percentage are actually receiving this kind of treatment. It's therefore important that doctors acknowledge the benefits of early rehabilitation for NTKP patients and refer them to physical therapy accordingly.

-As reported in the June '17 issue of Physical Therapy