Therapy can reduce pain and improves function for lower back pain 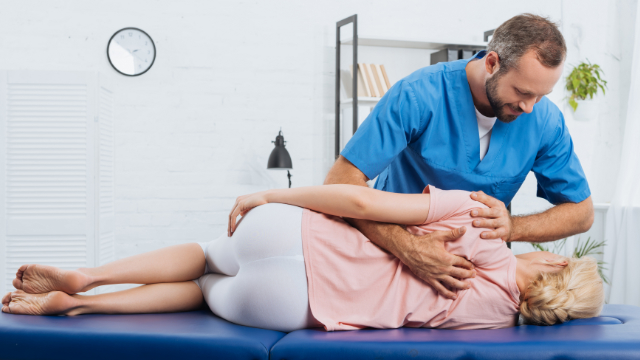 Approximately 80% of the population will experience low back pain (LBP) at some point in their lifetime, and it's one of the most common reasons that leads patients to visit a medical professional for treatment. There are many treatments available for addressing acute LBP, which is pain that has lasted for less than six weeks, including pain medications, muscle relaxants, exercises and physical therapy. One intervention that physical therapists may utilize for LBP is called spinal manipulation, in which they manipulate certain parts of the spine with their hands in order to bring about changes that will reduce patients' pain levels. Although some studies have found spinal manipulation to be beneficial for patients with LBP, others have found mixed results and called into question its actual effectiveness. For this reason, a powerful pairing of studies called a systematic review and meta-analysis was conducted to determine the true value of spinal manipulation for LBP.

26 studies are included in the comprehensive review

To conduct the study, investigators searched through four major medical databases for studies that evaluated spinal manipulation for LBP. They identified 40 articles and then screened them for inclusion, and from these, 26 randomized-controlled trials (RCTs) were accepted for the review. RCTs are high-quality studies in which groups of patients are randomly assigned to different treatment groups, and they are considered the gold standard for evaluating if an intervention is effective. Once accepted, all 26 RCTs were analyzed and their findings were compared to one another. In the final step, each study was assessed for its level of quality in order to help determine how reliable its findings were.

-As reported in the April '17 issue of JAMA