Is conservative or surgical treatment better for ACL tears? 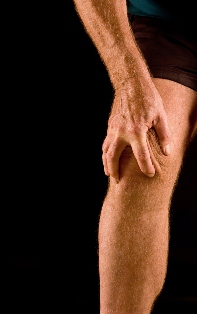 Study to answer all pertinent questions still yet to emerge

Deciding how to treat an anterior cruciate ligament (ACL) rupture has always been difficult, and 35 years ago the injury was considered "the beginning of the end" of the knee. Since then, many studies have investigated this issue in more detail, but no studies have randomly allocated the same population to either a conservative or a surgical treatment, the best way to compare the two. Therefore, it remains difficult to make conclusions on which treatment is best, leaving many questions without definitive answers. Consequently, some push early surgical reconstruction following an ACL tear to prevent further meniscal damage, while others claim good functional results can come about through conservative measures only. Seeking clearer answers, a paper critically reviewed all available literature on the topic to try to determine which is best.

According to multiple studies, an ACL rupture can likely lead to degenerative changes in the knee joint. Those supporting ACL reconstruction claim it can reduce these chances, however, no studies showed any proof that surgery can prevent the progressive deterioration of the knee. Another possible complication that ACL tear can cause is osteoarthritis (OA). One study compared the risk of developing OA between surgical and conservative treatment, and actually found the risk to be significantly greater following ACL reconstruction than after conservative care. Additionally, it was shown that meniscal lesions associated with ACL rupture could also lead to OA, even in cases where the ACL was reconstructed, once again showing no advantage of surgery. Finally, it should be noted that in some studies, 23-28% of patients underwent additional surgery after ACL reconstruction, and other risks associated with surgery are neurologic or vascular lesions, showing reconstruction is far from a 100% guaranteed successful treatment.

Proof that conservative treatment could be sufficient

A number of studies confirmed conservative treatment remains a viable option and can lead to satisfactory results. To further support this, one study showed the return to the same level of sports to be significantly more frequent in conservatively treated patients (82%) than surgically-treated ones (58%). Another study found that of a group of 67 patients treated conservatively, 60% were able to return to the same or higher level of activity as before the injury at a three-year follow-up.
Based on this, it's clear that the potential side effects and risks of ACL reconstruction can make it a less-than desirable option for patients. Though conservative treatment doesn't guarantee a flawless recovery either, the risks are fewer and the cost far less, deeming it a worthy option. When making decisions regarding treatment for ACL tears, each case should be treated individually, but most importantly, patients should be made aware that they have choices, and they should be informed of the pros and cons of both possible routes.

-As reported in the July '11 edition of Knee Surgery, Sports Traumatology, Arthroscopy